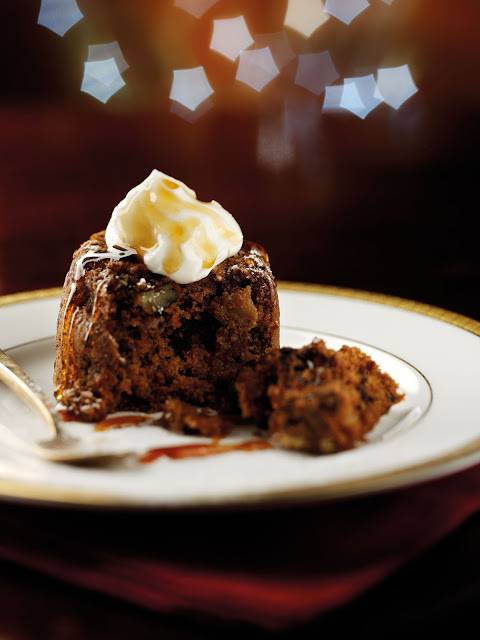 Method:
1. Preheat the oven to 180°C / 360°F / Gas Mark 4.
2. In a saucepan reduce the ginger wine, rum and soft brown sugar until it forms a syrup. Leave to cool.
3. In a mixing bowl sift the flour, baking powder, bicarbonate of soda and spices, then add the egg, butter and molasses sugar.
4. Using an electric hand mixer or mixer, whisk everything together, gradually adding the warm water to make a smooth mixture.
5. Fold in the stem ginger, apple and pecans.
6. Divide the mixture into the buttered pudding basins and cook in the middle of an oven for 30 – 35 minutes, until they feel firm and springy to the touch.
7. Gently ease the puddings from their basins. Mix the rum and ginger wine syrup with the yoghurt and serve on top of the hot puddings.

Welcome To The Weekend Blog Hop